It takes an army of highly trained and talented people to make an event like the adidas INFINITE TRAILS World Championships a success. Even after selecting a location and going through the time consuming process of gaining permission from landowners – over 330 kind owners have given permission in the Gastein Valley – there is a huge amount of work that must go into pulling off something of this scale. You need course designers who plan the routes through many kilometers of mountain paths, wooded ways and village streets. You need a highly dedicated and skilled team who makes the whole event tick from start to finish, but in addition to these and a multitude of volunteers, you need a Course and Sweep Manager who is responsible for monitoring the race and ensuring runner safety both before and during the run.

The  role of Course and Sweep Manager is a vital one to guarantee a safe weekend and to ensure that athletes are taken off the course when necessary. For the adidas INFINITE TRAILS World Championships in 2019 this responsibility will fall on the very capable and broad shoulders of Jan Regenfuss. 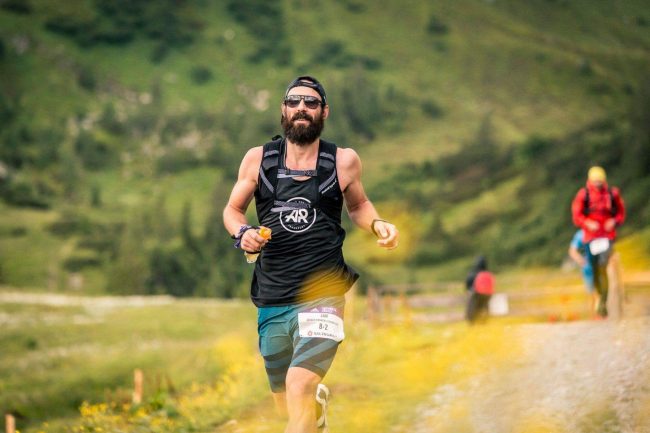 I got the chance to interview Jan about the event, the region of Gastein, and the meaning of his last name. Since my limited German skills told me that Regenfuss means “Rain foot,” I had to ask him about it and he was nice enough to humor me.

“Yes, in fact, there is a meaning behind my name. It comes from the middle ages and “Regen” (english rain) comes from the word combination of „reg den“ and that means “move you.“ So if you would translate my name it would say “move your foot“ and from the meaning, my ancestors were carriers or runners who brought messages or things from one place to another over long distances. I really like this connection to my family hundreds of years ago.”

Jan’s name is just one part of what makes him a perfect addition to the 2019 adidas INFINITE TRAILS World Championships team. He was also a fabulous choice for this position due to his own experience as a Race Director at triathlon events and the fact that he is himself an accomplished trail runner and dedicated athlete.

Mr. “Move Your Foot” is from middle Germany and now lives near Frankfurt but often travels to fulfill his sporting needs. His ambitions as an athlete go back to his teen years when he started participating in triathlons but for many years he wasn’t interested in outdoor extreme sports. In 2010 that changed and he started backpacking, snowboarding, mountain biking and finally trail running. Why did he head to the mountains after years of street running?

“I had enough of just doing my 20k in the pool, doing 350k a week on the streets and hoping not to get hit by a car and the whole time running was all about heart rate, lactate and speed,” he explained.

His love for the sport of trail running is a new one and was formed nearly out of pure coincidence.

“I got into trail running just four years ago. I worked with some running bloggers and organized a little trailrun with them. These people inspired me to come back to do some trail running events. So I started to train for my first 100 mile race across the alps,” he said. “It was a disaster,” he added with a smile. 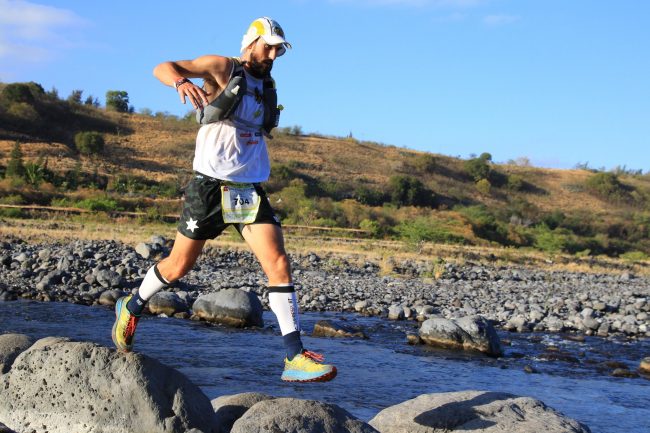 Though he has quickly grown to love the sport which lets him explore and discover new and exciting trails in some of the most beautiful places on earth, he still manages to give time to his other hobbies.

“I love to climb and I do bouldering, sport climbing and multi-pitch routes. I think it is the best alternative to running. I also try to spend some weeks in high altitude mountains. In 2018 I climbed the Lenin Peak in Kyrgyzstan, climbed the Mont Blanc, Grand Paradiso and did the east wall of the Watzmann and some other nice climbs. When there is some time left during the year, I like to go sailing. In 2017 I sailed my uncle’s boat from Gibraltar to Lanzarote nonstop for five days, just my uncle and I.” 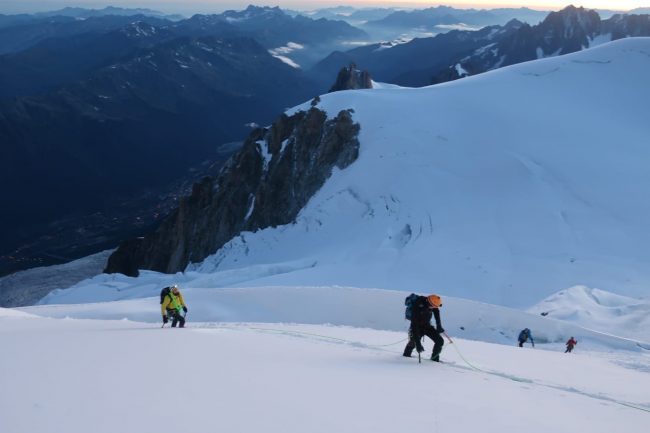 Though running season is still in the distant future, it doesn’t stop Jan from hitting the trails and toughing it out. When I asked him how he survives these freezing winter runs he answered, “wear a jacket when it rains and wear more underwear when it’s cold.” Ever the optimist, this sports junkie doesn’t let anything stop him.

He’s determined to bring that attitude as well as his wealth of experience to make the 2019 adidas INFINITE TRAILS World Championships a success and according to him, “the most important thing is that the athletes will be safe and secure and have an overall feeling of safety.”

Jan was able to run the alternate routes which are in place in case of bad weather at the multiple peaks along the world-class course and he is as excited about them as he is about the primary ones:

“Absolutely I’m excited about the alternate routes and they are actually mostly the same routes and same trails, but we don’t go as high. Even the worst case will be great for the runners who for sure can still experience beautiful and nice trails.” He added, “One of the main problems with the normal routes are the summits. When there is wind, you don’t want to be up there, but the worst thing is, when there is a storm at the summits you cannot rescue anyone when there is an emergency. So we need alternatives, with opportunities to get people off the trails if necessary.”

Though the Alps are known for their unpredictable weather throughout the year, it seems likely that there won’t be a repeat of the extreme snow, wind and fog at the peaks as there was at the 2018 adidas INFINITE TRAILS World Championships. Jan and Race Director, Mike Hamel, do still request that participants follow every rule regarding what is required equipment that runners must have for the event. For the safety of everyone involved, these regulations will be strictly applied. The list of equipment you will need this June in Gastein/SalzburgerLand can be found HERE.

As we ended our conversation, Jan was nice enough to give a few words of advice for those who will be joining us in Austria this June:

“Go running. And from a training aspective, do your altimeter runs. The adidas INFINITE TRAILS World Championships is about uphill and downhill. You have to be prepared for this. And prepare yourself for cold weather conditions. We will control the backpacks, but when we say, take a rain jacket with you, we mean a real rain jacket and not a thin plastic hoodie.”

With a smile and a wink he added, “for a good beer, there are a lot of nice pubs. For a really good dinner you can go to “Haus Hirt“ in Bad Gastein. For a  really nice beer, you can go to the “Kraftwerk“ which you run by on Loop 2.”

With those final wise words, I’d like to thank Jan Regenfuss for his time and the great effort he and others will go to to ensure the safety but also enjoyment of the runners partaking in this annual race. Let’s take heed of the words from this man descended from a line of runners and remember to train well, always bring warm clothes and proper gear for safety and don’t let anything stop us from doing what we love and exploring the great mountain trails of the world.